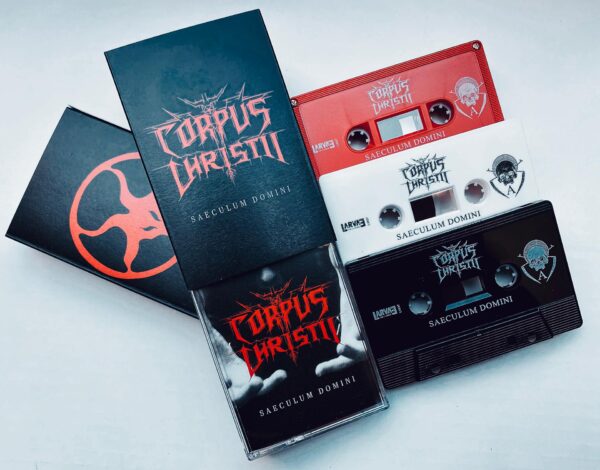 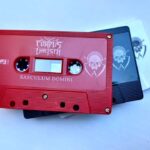 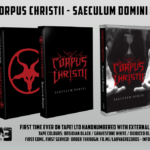 With the main aims of spreading the Word of Satan and raise Torment over this Earth, Corpus Christii have been releasing works of audio terror since 1998.

Being the first Portuguese Black Metal band to expand internationally in a broader way than what has been done before, Corpus Christii have reached out to a vastly extended audience on all continents through their several outputs and numerous live-gigs over Europe.

This year marks the 20th anniversary since the release of “Saeculum Domini”, the band’s first full length, a testimony of the group’s most primitive and caustic side…and now for the very first time on tape!