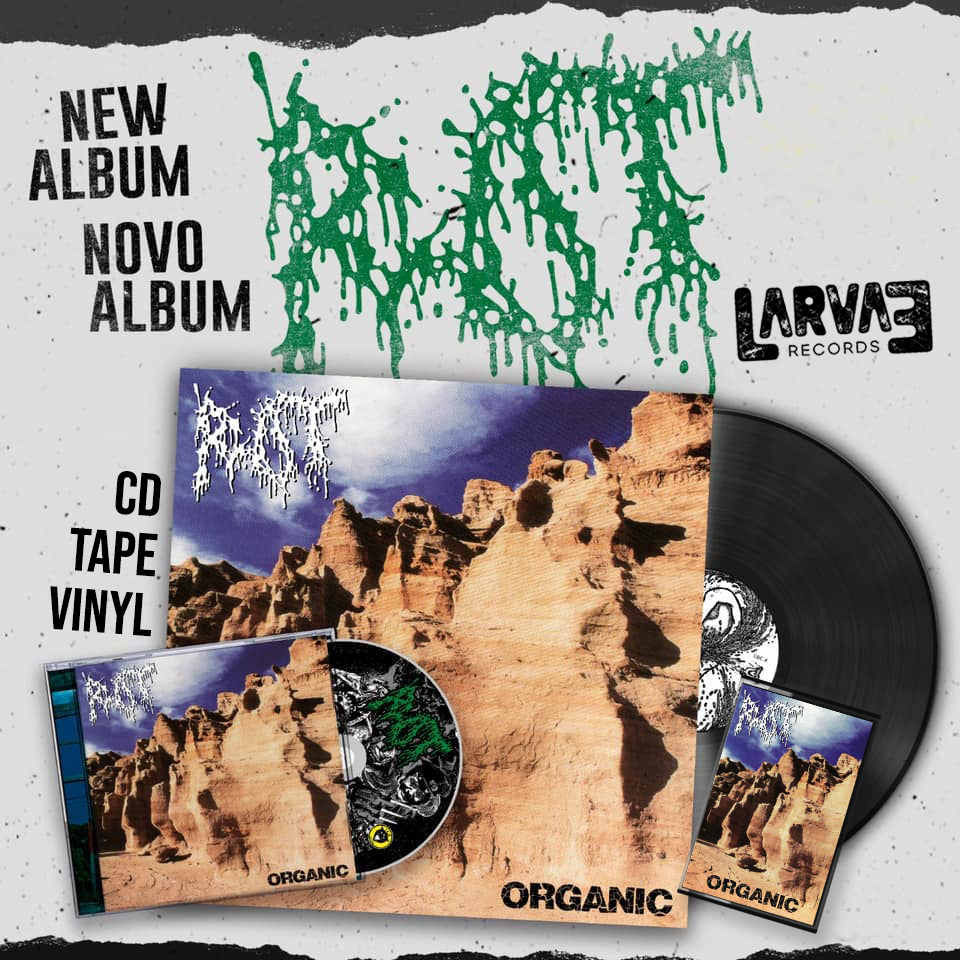 [CD / Cassette / Vinyl]
It’s time to announce that the legendary brazilian grinders – ROT, are now part of Larvae Records selected roster!The long awaited 6th full length studio album will be released in Europe by Larvae Records [CD + Cassette – June / Vinyl – December]. In American territory, CD and Vinyl versions will be handled by Läjä Records and released in the same time period.Expect 25 songs of purest unparalleled rage over the fastest 20 minutes you’ll ever experience! Also featuring some very special guests to be revealed soon!Needless to say that for us it’s an huge honour and a fulfilled dream to have the opportunity to work with such legends and personal references.